24 September 2017 - I’m going to tell you why this may have been the concert of a lifetime, but first I have a question. Is banter a thing at Bruce Cockburn concerts? Or was this a welcome home response for a local kid who made good?

Bruce came out blasting in his first two numbers, with “Tokyo” and “Lovers in a Dangerous Time” given a driving instrument dominate sound. Then, assured he had our attention, he began to tune his guitar.

“Welcome home!” was shouted from the back of the audience. Bruce responded, and so it began. Every tuning pause had someone toss a comment on stage. And Bruce tossed one back. It began to feel like we were all sitting around a campfire with good ol’ Bruce from Nepean High, who was in town to party for the night and just happened to bring along his six guitars. Of course, that’s just how Bruce wanted it.

The two hours that followed were expertly crafted in song selection and dynamics. They also showcased a musician at the top of his game. Bruce immediately served notice that he is a musical force for the here and now.

His guitar playing is mind blowing. Yes, there is still the trademark clean plucking of old, but last night left no doubt that Bruce Cockburn is best-in-class in Jazz, Blues and Rock as well. The “Bone on Bone” instrumental jazz piece was literally hypnotic. “Stolen Land” had shredding that brought us into the ecstatic centre of a pow-wow. It was amazing. He captured the emotions, the shuffle and stomp of the dance, and the literal voices of the singers were coming out through his fingers. 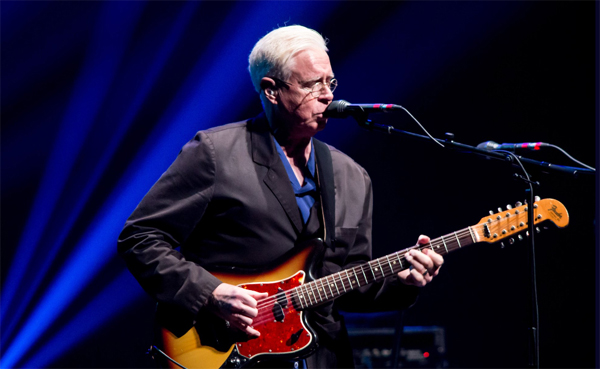 It was a performance that would have given other top musicians a stroke. Yet there he was, slightly stooped over the strings, as if just listening to what was coming out. If there was any emotion shown, it was from drummer Gary Craig who kept up using everything at his disposal, even improvising by using a rattle to beat the floor tom. All done with a wild smile on his face.

The bottom line, is that if you want to hear some of the best guitar playing across multiple genres, then Bruce Cockburn is your guy. But what about the singing? Well, you could say Bruce has been blessed with a voice that ages well and suits his message. I’ll leave it at that. There’s nothing wrong with his lungs though. In his first set, he sustained a note so long that I was looking for the synthesizer. But it was all him.

The old songs, and some new songs, were as poetic and mystical as I remembered. But the lyrics that hit me hardest were his picture poem songs. They were a newsreel of images through words. The only commentary was through the music. There was no need for any reflective editorial. We got the message. The activist is still alive and kicking in him.

I said this was the live concert of a lifetime. This was one you’ll be talking about for years. A musician at the top of his game.

The only reason that statement may not be true is if Bruce Cockburn continues to improve. And from what I experienced, that may be the case. He is a genius at setting a program. He’s blowing out the walls with his guitar skills. He is relevant and as outspoken as ever.

~from and to continue reading - apt613.ca/concert-review-bruce-cockburn-at-the-nac-with-terra-lightfoot/