On the heels of his 12th Juno Award (Best Roots and Traditional Album, Small Source of Comfort), VisionTV presents an intimate look at the legendary Canadian songwriter and activist.

In 2008, Canadian music icon Bruce Cockburn set out on tour to make a live, solo album, Slice ‘O Life. Cameras followed the man whose legacy includes songs like Wondering Where the Lions Are, If I Had a Rocket Launcher, and If A Tree Falls, as he performed to sold-out crowds in benefit concerts across North America. The filmmakers also followed Bruce to his San Francisco home for candid conversations about his views on topics from religion to new parenthood. 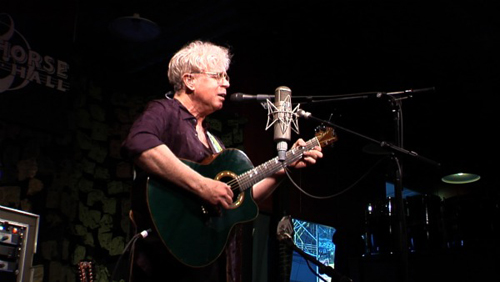 "If I try to understand what it means to be a Christian, I look at the two instructions that were given in the Bible that are paramount, and those are to love God with all your heart and mind, and to love your neighbour as yourself. That’s it." -Bruce Cockburn

Bruce Cockburn: Pacing the Cage sheds new light on Bruce’s spirituality, and his thoughts on activism, politics, writing, and his life in the music industry. An Officer of the Order of Canada and Canadian Music Hall of Famer, Bruce Cockburn’s important lyrics and strong melodies have graced 31 albums. He is a Christian, but his spirituality is universal. For over 40 years, he has brought Canada’s attention to causes around the world. He was the recipient of the first ever Humanitarian Juno Award and continues to make music that matters. 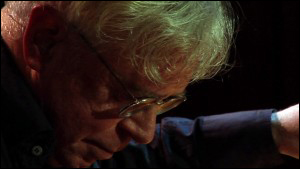