7 March 2012 - Bruce Cockburn is one of Canada’s most accomplished singer-songwriters and one of the country’s great guitar players. In a career spanning more than four decades, Cockburn has recorded more than 20 albums featuring songs that explore the mystery, beauty and savagery of mankind’s existence. Cockburn’s accolades include more than a dozen Juno awards, induction into the Canadian Music Hall of Fame and, most recently, his own postage stamp. Goldmine spoke with Cockburn about his most recent release, "Small Source Of Comfort".

GM: "Small Source Of Comfort" is another True North Records release. You’ve had a longtime relationship with the label. What’s held it together?

Bruce Cockburn: It’s changed now, because Bernie Finkelstein, who’s also my manager, started the label and sold it a couple years ago.

The new album is the last one that I’m required to do for True North, and if we’re all happy with how it turns out, I’m sure we can continue working together. But there’s no guarantee at this stage. It has been an amazingly long run. It would have been different if it weren’t a symbiotic relationship — Bernie doing the business and me doing the art. And if it continues to work, why change it?

Like any other relationship — business or otherwise — you go through periods where it doesn’t feel as good, and you think, "I wonder if I should change things." Then it gets good again, and you don’t [laughs], and that’s been the situation over the years.

GM: There seems to be a musical kinship with this record and your mid-’70s albums like "Joy Will Find A Way," with the instrumentation and arrangements of several tunes. Do you hear that?

BC: Yeah, I definitely do. I don’t know if I’d specifically pick "Joy Will Find A Way," but certainly that period in general. When I was in Toronto and ready to record it really came home to me that this album, in a lot of ways, was reminiscent of those ’70s records. There are differences — I don’t think it would have the "feel" that this record does. Gary Craig, the guy who plays drums wherever there are drums, has a fantastic feel — there was nobody I played with who was like that in the ’70s. I mean, they were good musicians. Bob DiSalle, who played drums on the later albums, came from a jazz background and played very intricate, lovely musical things, but he didn’t play the way Gary does. I’m not sure I would have appreciated it back then myself, but I guess I hadn’t learned about that yet [laughs]. So I hear differences that are pretty important, but in terms of the overall approach, yes, it was a lot like those records.

GM: The song that leads off, "Iris Of The World"is a musical travelogue. You’ve always seemed to have a gift not just for songwriting but storytelling. Does that come easily to you?

BC: I think in a certain way. I’ve never been good at coming up with narratives, but I could always string a bunch of events together that suggest a story.

There are other songwriters who are better at telling a story in the conventional sense like, "And then this happened, and then that happened."

It’s a lot better for me to create sort of snapshots of moments, and then you string the moments together and get something that works.

GM: You wrote two of these new songs with Annabelle Chvostek. What was the creative process like writing with her?

BC: I haven’t done very much co-writing with people over the years. Annabelle called me up one day and asked if I’d like to try writing a song with her. I hadn’t written anything for a while and I thought, "That might be good."

I knew her from … she was a member of a group called The Wailin’ Jennys and recorded on one of their albums, so I knew she was good. And I thought maybe this was the catalyst to get my own creative juices flowing again. We wrote "Driving Away" and then got together again and wrote "Boundless".

We’ve had a chance to perform a bunch on this tour — Annabelle doesn’t have the same flexibility of venues that we do, but she showed up at a bunch of northeastern U.S. dates and a couple Canadian dates and performed the songs with us. It was quite nice.

GM: This album features five instrumentals. I think the success of a guitarist is ultimately finding one’s own sound, and your acoustic guitar playing sounds like nobody else.

BC: The only other player that I used to get accused of playing like was John Martyn, because he did a lot of that "drone" bass and electro-acoustic playing. So some in the industry thought that I imitated him, which was sort of galling because I hadn’t even listened to him until well after I had a bunch of records out.

But there was a similarity in the playing for sure. It comes from trying to imitate the same old blues guys and never quite getting that right, so you end up with something that you have to make work on your own, using that technique. 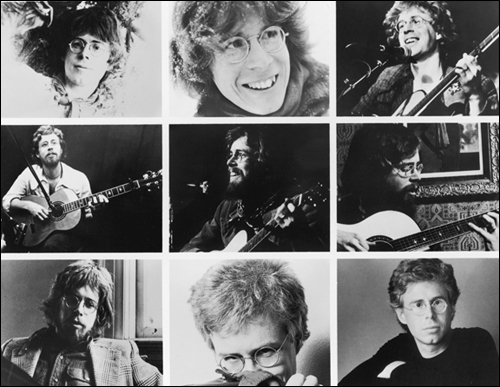 With a musical history going back 20 albums and more than four decades, Bruce Cockburn reigns as one of Canada's most accomplished singer-songwriters.

GM: "Each One Lost" is your reaction to a ceremony honoring two Canadian soldiers killed in Afghanistan. You start out singing "Here come the dead boys moving slowly past the pipes and prayers and strained commanding voices." It’s not always easy to write so directly.

BC: No, you’re right. It’s not always easy to do. Sometimes it’s impossible, I find. But that one — the experience that it talks about — was extremely moving and deeply affecting in the same way that the refugee camp experience that produced [If I Had A] "Rocket Launcher" was. And I kind of relate to them in my mind, because of that, in part because they’re both products of the extremes of war zones. There was that feeling — it’s such a depth of feeling with what I was encountering that both songs came really fast and passionately. It doesn’t very often work that smoothly. I wrote "Each One Lost" pretty fast, right after I got back from the Afghan trip. Because of that, it was so fresh even though the event that it describes was at the beginning of the trip. But it was still really vivid and right there, close to the surface.

GM: The album’s last song, "Gifts", was first written in 1968 but not recorded and released until now. What was it like recording the song and performing it so many years later?

BC: It was fun. Actually I used to close shows with it back in the ’60s. When we did the first album, Bernie [Finkelstein] said to me, "What about that song ‘Gifts.’ Should we put it on the record?" And I said, "No, that’s all right,” because I just didn’t really want to, for no particular reason. I said, "I’m saving it for the last album," because it was obviously the closer of the show.

So we laughed at that — for all we knew, the first album could be the last album. I was picturing it somewhere down the road, but it wasn’t a serious plan. So eventually it fell from use as other songs came along, and it lay dormant for decades. Then I thought, when we were doing this new album, that I’ll be turning 65 and, "How many more albums am I going to make?" For all I know, there could be 20 more — we’re not predicting anything dire — but you start thinking like that at this age: It might be time to pull that song out and put it on a record." [laughs] So that’s what happened, and it’s been fun. We perform it at the shows. It’s short, so if you don’t like it’s over very quickly. [laughs]