Growing up in the high plains of western Kansas during the 70s and the 80s it would seem unlikely that St. Louis performer Celia Shacklett would come across the likes of Bruce Cockburn and his music. "We listened to music in our house a lot: classical musis, operas, musical theatre", and the only music available on the radio was strictly mainstream contemporary, "Encountering Bruce Cockburn’s music ... was a miracle", she says.

When she was 15 her brother tossed her a copy of Bruce’s 1989 LIVE album; he quickly became her musical and songwriting idol. She poured over his lyrics, learning to play guitar listening to Hills of Morning and One Day I Walk. In 1994, at 18 years old, months away from graduating high school she found herself on the eve of her father’s funeral. "That particular night, I knew I was learning something that would last me the rest of my life: ... people and situations change, whether you want them to or not, and not much is constant." Grateful for Bruce’s music and the place it held in her heart she was able to convey her feelings in a letter she wrote to Bruce. To her amazement he wrote her back and they continued writing for several years. Finally they met in Lawrence, Kansas in the summer of 1997. Over the years their friendship has continued to flourish and when she asked him in 2007 to contribute to her recording project she says he didn’t miss a beat, "Well, I have a pretty busy schedule, but if you can make this convenient for me, I’d love to."

They connected in Memphis, the summer of 2007 while he was there for his own gig and spent an evening co-writing a song called, Things You’ll Miss. Working from Celia’s own ideas for the song he helped her write a chord progression and a melody, and helped develop the lyrics. She found working with Bruce as natural and easy-going as their friendship. She says this song is, "a song about death, about someone you love about to die or having just died, and you’re angry and spiteful, saying why would you ever want to go and do that?" She feels it’s a tribute to Bruce and her dad and Western Kansas, " ... and all the folks that I once knew that will die before I ever have a chance to look into their eyes again."

Won't you miss us demons when you go?
Don't you think you'll wonder where we've gone?
When you shuck your body like a pheasant skin
a husk of corn
these are the things you'll miss. . .

She recollects, "I remember my friend Grandpa Albert, across the alley, with his 5 grown sons, having just come back from the pheasant hunt with 60 birds. They'd slit the pheasant’s throats and pull the skin right off, in one movement, and throw those pheasant skins into the dumpster, and the sand in the alley would be covered in feathers and blood." 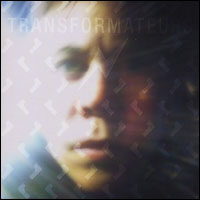 The following October she had another dream come true as they recorded two songs together in New York City, Things You’ll Miss and another Celia original, Armadillo.

She said, "It's funny, throughout the course of our friendship, I've seen so many of my daydreams realized, only to find that the real thing is so much more amazing and rich than any of these fantasies could ever be. It's impossible for me to describe the fervor that his music and lyrics excited in me at such a young age. Something about Bruce Cockburn's music spoke to me like no one else ever had." She says she’s still a huge fan, and she still writes him fan mail but she still can’t believe he wrote back to her 15 years ago.

Both songs are featured on Celia’s album TRANSFORMATEURS which is available at http://www.cdbaby.com/celiaband2 and all of the songs are also available at iTunes, Rhapsody, and digstation. Her website is: www.celiaisrock.com. Both songs bear Bruce’s brilliant mark in both his playing and vocals, The Cockburn Project enjoyed the chance to be introduced to this new artist’s work. Check it out!