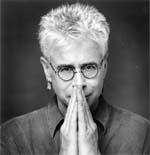 My songwriting is an attempt to take what I’ve experienced and what I think is true and distill it into something that is entertaining, then throw it out to people and say ‘Maybe you can use this too.’ In some ways it makes me the focal point for like-minded people... They hear the songs, and all of a sudden there’s a kind of community."

Bruce Cockburn’s homespun summation of his artistry is as close as anyone will come to defining one of the most revered singer/songwriters of any generation. With a remarkable career that continues to flourish with Breakfast In New Orleans, Dinner In Timbuktu (RCD/RAC 10407), his catalog has been ranked alongside those of Joni Mitchell, Richard Thompson, and Leonard Cohen. His songs, past and present, continue to be heard through interpretations by Barenaked Ladies, Jimmy Buffett, Maria Muldaur, The Rankins, Dan Fogelberg, Jerry Garcia, Holly Near, and Chet Atkins, among others.

Certainly the 20 gold and platinum records and 10 Juno awards are a testament to Bruce Cockburn’s significant presence on the landscape of popular culture. The sold-out concert appearances and high-profile recognition from his peers are evidence enough of an individual who continues to challenge himself and his audience with every new endeavor, be it musical, social, personal, or political. In addition to Bruce’s accomplished musicianship, his presence at the forefront of human rights activism and role as a spokesman for environmental issues are among the many critical elements of a distinguished thirty year career. In 1997, Bruce was presented an Honorary Doctor of Music Degree by the Berklee College of Music, where he studied jazz composition. 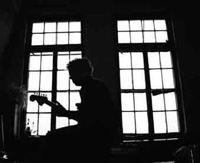 Hanging a label on Bruce Cockburn is an effort not worth undertaking. By the time you get around to setting a boundary to what it is that he does, it no longer applies. When his self-titled debut was released on the True North imprint, it swelled with pastoral folk music. After garnering the "Canadian Folk Singer of the Year Award" (the first of three in that category), and scoring the soundtrack for Goin’ Down The Road, collections such as Sunwheel Dance, Night Vision, Salt, Sun And Time, and In The Falling Dark explored Bruce’s spiritual search. Towards the end of that decade, Bruce’s background in jazz, blues, and what is now defined as world music began to surface. Dancing In The Dragon’s Jaws contained the hit single "Wondering Where The Lions Are" and placed Bruce on the Billboard charts for the first time, with the album peaking at # 45 and the song reaching #21. The follow-up, Humans, was a watershed in many ways. Brimming with first person observations and strong conviction, Bruce’s canon began to reflect his travel experiences with a significant autobiographical nature that allowed the listener to share in the author’s intense feelings regarding war, political maneuvering, and the health of planet earth.

Throughout three decades, Bruce’s compositions have touched our hearts and minds. "If I Had A Rocket Launcher," from Stealing Fire, documented the plight of Central America to the viewers of MTV while "Call It Democracy," from World Of Wonders, drew the wrath of Tipper Gore’s Parents Music Resource Center. Big Circumstance, Nothing But A Burning Light, and Dart To The Heart were strong efforts of a writer who is always at the top of his game. Bruce’s Rykodisc debut, The Charity Of Night, once again reflected this musician’s embrace of a wide spectum of influences by utilizing the talents of Jonatha Brooke, Gary Burton, Gary Craig, Ani Difranco, Patty Larkin, Maria Muldaur, Bonnie Raitt, Rob Wasserman, and Bob Weir. With the intensely personal "Pacing The Cage," and chilling "The Mines Of Mozambique," he notes, "For me, what is essential is to write about as much of the human experience as I can... That includes political songs, but it doesn’t preclude love songs, and songs about sex, and whatever else might come up."

"I like the idea of people bringing their own energy to my project. For example, percussionist Rick Lazar brought all that incredible Arabic influence to it, and his work with Ben Riley (drums), who is an accomplished young player, fit together really beautifully. Colin brings, in addition to great musicianship, the studio know-how and the technical knowledge that I’m not quite as familiar with, and a necessary set of objective ears to the control room. John Whynot, the engineer, is also a producer and a musician, so we had a three-way team that worked quite well. I act as an editor, asking a little more of this, a little less of that, to make sure what everybody does serves the essence of the song. I have a general vision of the songs, and an idea of how it should feel. The studio is a laboratory, and I like to take advantage of that. And we like it loud, with everything cranked, which also gives it that energy. It’s this kind of chemistry that’s exciting about putting people together."

"What New Orleans and Timbuktu represent is a kind of polarity: from wet to dry, from North America to the very exotic, from African/Arabic sensibility and culture to what we have here. The two cities are poles apart, but still have things in common, like soul and heat."

Breakfast In New Orleans, Dinner In Timbuktu takes us on yet another intimate musical journey. Thought-provoking and inimitable, Bruce Cockburn’s restless creative soul exemplifies a constant motion that is essential to the human psyche. Grasping this particular snapshot in time is enjoyable and enriching. To savor Breakfast In New Orleans, Dinner In Timbuktu in the present is to anticipate what will come on Bruce’s next recording.

About the Project | Store | Help the Project | Join the E-mail News List | Contact
This page is part of The Cockburn Project, a unique website that exists to document the work of Canadian singer-songwriter and musician Bruce Cockburn. The Project archives self-commentary by Cockburn on his songs and music, and supplements this core part of the website with news, tour dates, and other current information.